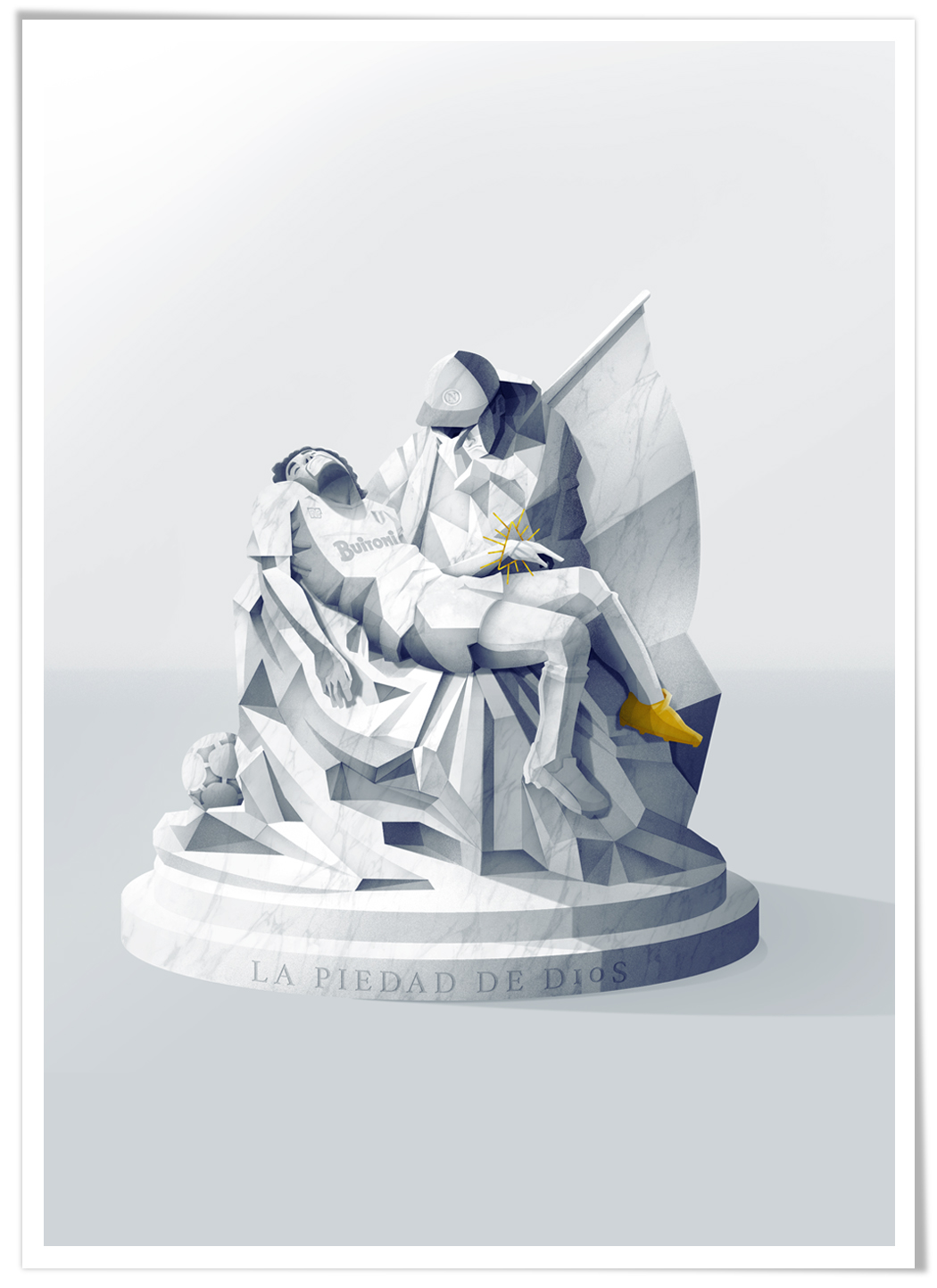 Maradona wasn’t only the greatest football player of all time, he was a romantic hero, a legend. He probably was the most “human” among the Gods of sports. This personal work is obviously inspire to the “Pietà” by Michelangelo Buonarroti. I truly wanted to represent the feelings of every football fan by using a Napoli’s supporter as Maria and Maradona instead of Jesus. There are also gold parts to suggest a couple of his nicknames.

This illustration was also selected to be part of the online archive of American Illustration 41, and won a Honorable mention on 3x3 Archive n.19

BUY ON THE STORE